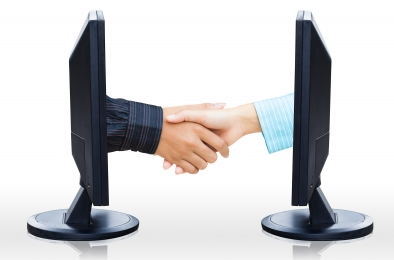 Whichever side of the recruitment process you’re on, it’s probable that you have at one point felt frustrated by the limitations of a written resume. For recruiters, sifting through piles of resumes can be dull, and the contents of resumes may not be entirely telling of what a candidate truly has to offer. That’s the issue the founders of UK-based Executive Search Firm Flint Hyde mean to tackle with HelloMyNameIs.co, a purely video-based job board where candidates post 3 minute videos of themselves in place of a standard written resume.

Similarly to a standard job board, HMNI charges recruiters to place their job listings, and job seekers may apply directly to their openings. HMNI also allows recruiters to browse through the users’ profiles, in the hopes that their videos will illustrate what makes the candidate stand out. In such a way, recruiters are able to see a more casual, realistic view of job seekers, and can simultaneously assess communicative skills as well as potential cultural fit.

HelloMyNameIs.co isn’t alone in pushing job seekers and recruiters towards a video-centric recruiting cycle. Interview Street, SparkHire, and many more are seeking to replace the standard resume, as well as streamline the interview process, with video-based interaction. Indeed, as mobile recruiting becomes more widespread, video is merely the next logical progression. That’s the bet HireVue, pioneers in the video recruiting space, are making, as they combine the two with their new app:

In addition to humanizing resumes, video responses can serve to iron out the workflow of recruiters. Now, rather than asking every candidate a stream of “tell me about a time” questions in early round interviews, you can automate the process and sift through the responses at your own convenience. Also, you no longer need to spend time with unqualified candidates or feel rude cutting the interview short. The asynchronous nature of the saved video responses means you can close out the videos and not devote your attention to an unqualified candidate. This format also enables you re-watch responses, rather than having to rely on your own memory and in-the-moment note taking.

What sort of success, if any, have you had with video-based interviews? What are the shortcomings? Hit us up in the comments or tweet @EnteloRob!