Hiring On All Cylinders: Live at HR Tech 2017

For the second year running, Hiring On All Cylinders is the podcast sponsor of HR Tech 2017. For the duration of the conference, we’ll be recording and livestreaming from the conference onsite at The Venetian Las Vegas. Tune in as the Entelo podcast team chats with many of the industry's foremost thought leaders, innovators, entrepreneurs and practitioners about the state of recruiting technology.

Will you be in Vegas next week? If so, stop by and say hi. We’ll be recording on the floor right next to the exhibition entrance and would love to meet you. If you want to follow along remotely, check out Entelo’s Facebook Live feed, subscribe or follow along on Twitter as we livetweet the conference (#hiringonallcylinders). Still curious? Below is a sneak peek of some of our guests lined up so far. See you live in Vegas! 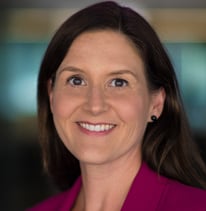 Tara Sinclair is an associate professor of economics and international affairs at George Washington University and a senior fellow of the Indeed Hiring Lab. She has a PhD in economics from Washington University in St. Louis and her research focuses on modeling, explaining, and forecasting trends in the labor market and other macroeconomic variables both in the US and worldwide. For the Hiring Lab, Tara is working on research projects using Indeed’s unique data to develop new insights into the labor market. 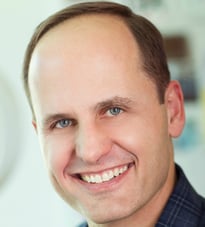 The founder and CEO of Humu, a stealth startup, Laszlo Bock spent a decade leading Google's people function, which included all areas related to the attraction, development, and retention of "Googlers". Laszlo joined Google from the General Electric Company, where he held various executive leadership roles within GE Capital. Before GE, Laszlo was a management consultant at McKinsey & Company, serving clients in the technology, private equity, and media industries on a wide range of strategic and operational issues, including growth and turnaround strategy. He is also the author of the best-selling book, Work Rules! Insights from Inside Google That Will Transform How You Live and Lead. 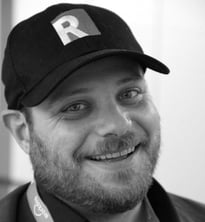 Matt Charney is the Executive Editor and Partner at Recruiting Daily, where he oversees editorial and industry coverage, partnerships and content strategy. Matt has been recognized as one of the top bloggers in recruiting and hiring by such publications as HR Magazine, HRO Today, the Huffington Post, Fast Company and Wordpress, who named mattcharney.com as one of the world's 25 best business blogs. Matt began his career as a corporate recruiter for such companies as Walt Disney and Warner Bros before moving into marketing leadership roles at a variety of HR Technology companies, including Monster, Cornerstone OnDemand and Talemetry. He currently serves as an advisor for HR and hiring focused startups such as Textio, Clinch, HiringSolved, Rolepoint, Take The Interview, Universum, Better Company, Kununu, Relink Labs and Human Predictions, among others. 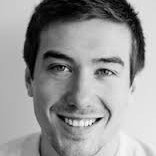 Elliott grew up in a family of recruiters and started sourcing when he was 16. Prior to HumanPredictions he ran his own tech recruiting agency, led tech recruiting at Groupon and helped co-found Dev Bootcamp in Chicago which was later sold to Kaplan. 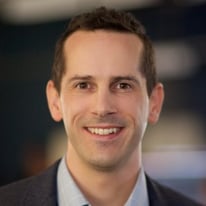 Dr. Andrew Chamberlain is chief economist at Glassdoor. He oversees the research program at Glassdoor, providing analysis and commentary on labor market trends. He is an applied microeconomist who has written widely on labor markets and public policy. His work has been published in academic journals, cited in U.S. congressional testimony, and has been featured in the Wall Street Journal, the New York Times, the Washington Post, NPR, BBC and many others. He is a regular guest on a variety of television and radio programs. Previously Andrew served as a policy economist in Washington, D.C., and as chief economist at Columbia Economics, L.L.C. Andrew received his Ph.D. in economics from the University of California, San Diego, and bachelor’s degrees in economics and business administration from the University of Washington in Seattle. 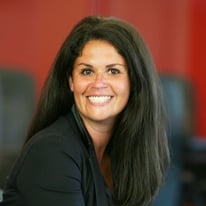 As Chief Marketing Officer at iCIMS, Vitale is ultimately responsible for shaping and sharing the iCIMS story across various audiences, including prospective and existing customers, the media, industry thought leaders, employees and candidates. She is also responsible for iCIMS’ brand strategy across public relations, events, advertising, product marketing and content marketing. After graduating from Lehigh University in 2005, Vitale began her career as a marketing coordinator at iCIMS. She quickly grew alongside the company, becoming the director of marketing, and by the age of 30 was promoted to chief marketing officer. 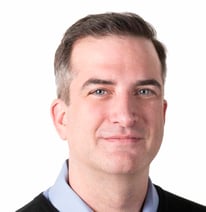 Matt Straz is the founder and CEO at Namely, the leading HR platform for mid-sized companies. Since founding Namely, Matt has grown the company to over 700 clients, 120,000 users, and has raised $158M from leading investors. Prior to Namely, Matt was co-founder of Pictela, an ad tech company he sold to AOL in 2010, and a long-time media and advertising executive. He’s a regular contributor to Entrepreneur and writes frequently for several other publications about human resources, startups, and technology. 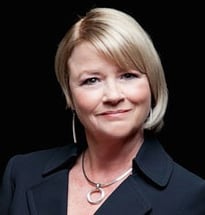 Veteran high tech market analyst Dr. Katherine Jones is a partner at Mercer, leading a charter to develop thought leadership on all areas of human capital management and the technologies that support it. She has been an analyst at Aberdeen Group and Bersin by Deloitte, following a career that included marketing in high tech companies such as NetSuite, and academic administration in higher education. Her Masters and Doctorate degrees are from Cornell University. 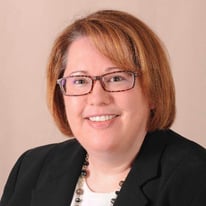 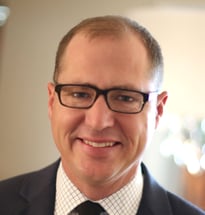 Jason Corsello is SVP of Strategy and Corporate Development for Cornerstone. He is responsible for driving the company’s product innovation, go-to-market strategies and new corporate initiatives. Jason has over 20 years of experience in enterprise software, market research and management consulting. Prior to joining Cornerstone in 2011, he worked with HR consulting firm Knowledge Infusion (now Appirio), where he was senior vice president of strategy and corporate development, responsible for the organization's strategy and solutions. He also spent six years with Flextronics International (now Flex), where he worked with large, multi-national clients in developing their outsourced manufacturing and supply chain strategies. Jason holds a BBA in Business Administration from the University of San Diego. 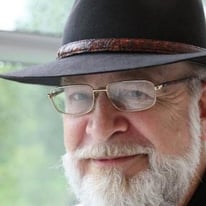 Gerry Crispin is an international speaker, author, and consultant whose views on employment strategy, hiring processes and staffing technology are sought by many of the world's most competitive corporations. Gerry and his business partner, Mark Mehler, facilitate intense, small-group meetings (CareerXroads Colloquium) several times each year.

Madeline’s primary focus over the last 12+ years has been on the talent management market, specializing in talent acquisition. Her work helps companies both validate and reevaluate their strategies and understand the role technology can play in driving business outcomes. She has watched HCM transform from a back-office function to a strategic company initiative with a focus on partnerships, experience and efficiency. Before Aptitude Research Partners, Madeline held research roles at Aberdeen, Bersin by Deloitte, ERE Media and Brandon Hall Group. 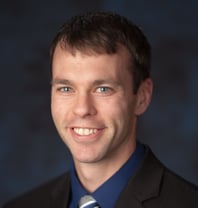 Ben Eubanks is the Principal Analyst at Lighthouse Research & Advisory. He has authored ten eBooks and more than one thousand articles, maintains upstartHR, a blog that has touched the lives of more than 750,000 business leaders since its inception, and hosts “We’re Only Human,” a podcast that examines the intersection of people and technology in the workplace. Previously the HR Director for an Inc. 500-ranked global technology startup, he currently operates Lighthouse Research & Advisory, a human capital research and advisory services firm. 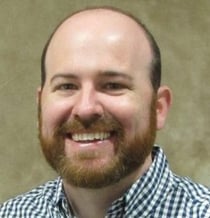 Jeremy Ryder is the Talent Acquisition Manager at Trek Bicycle. He has over 6 years of recruiting experience leading recruiting teams to better the candidate experience and deliver for their businesses. Prior to his position at Trek Bicycle, Jeremy was overseeing the staffing function for Sapient Global Markets across their commodities business. Before his time at Sapient Jeremy was recruiting for Shell Oil across upstream and downstream functions.  Jeremy holds a BA in Business Management from the University of Houston. 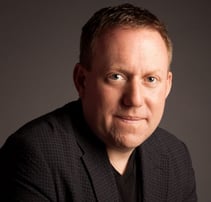 As Co-Founder and Chief Executive Officer of LeapGen, Jason is a leading analyst, thought leader, consultant and keynote speaker in the area of human resources, the future of work and the impact technology has on that future. He has co-founded LeapGen to help organizations around the world realize that the Future of Work is NOW and the time to leap our HR and workforce technologies to new heights is upon us. 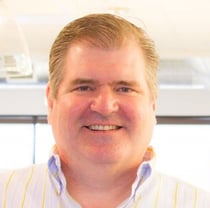 Dan has over twenty-five years of experience launching and growing high-powered Internet businesses. But Dan wasn’t always an executive. In his college days, he played drums in a rock band, and after college, he worked a number of years as a newspaper reporter. These jobs required a healthy balance of creativity, autonomy, and networking skill. As Dan continued his post-graduate career, with companies such as Yahoo and Knight Ridder, he never forgot the importance of those elements. Today, Dan works to ensure that Jobvite’s technology helps enterprises source dedicated, high-quality talent, while also assisting job seekers in finding meaningful work. 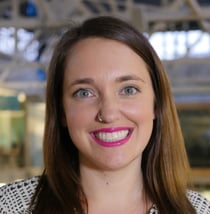 Aubrey Blanche is the Global Head of Diversity & Inclusion at Atlassian. Her work spans the talent lifecycle from increasing access to technical education through recruiting, retention, and advancement of all Atlassians. In all areas of her work, she seeks to design effective interventions, programs, and talent practices that create equal opportunities for all Atlassians, and for the global tech industry. She is an advisor to SheStarts, a Sydney-based accelerator focused exclusively on supporting female founders, BeVisible, and Joonko. She is the co-founder of Sycamore, a community fixing the VC funding gap for underrepresented founders. 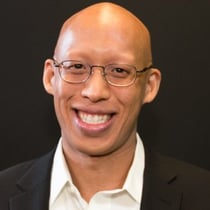 Chris Louie leads Nielsen’s Talent Acquisition organization globally, which is responsible for recruiting and employer branding efforts at all levels of the company. In this role, Chris has championed diverse slates for all open positions in North America and spearheaded a “Humans of Nielsen” initiative, which tells individual employee stories and promotes inclusion in the workplace. He is also a co-sponsor of Nielsen's Asian-American ERG. Previously, Chris led Product Marketing for Nielsen’s Marketing Effectiveness solutions. Chris joined Nielsen in 2010 to lead strategic planning efforts for Nielsen's media business. Prior to Nielsen, Chris was a consultant at McKinsey & Company serving technology and media clients. 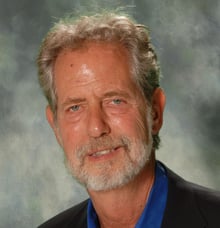 Bill Kutik is considered one of the top four influencers and leading impresario in the marketplace. In 2015, he started “Firing Line with Bill Kutik®,” a new broadcast-quality YouTube series with thought-leaders from the HR technology community: practitioners, vendor executives, analysts and consultants. For 27 years, he has been Technology Columnist for Human Resource Executive®, also serving as founding co-chair of the HR Technology® Conference & Exhibition, since it began in 1998 until 2013. In 2008, he started The Bill Kutik Radio Show®, a bi-weekly online interview show with 183 programs in the archive. He has a BA degree from Harvard University and is president of Kutik Communications in Westport, CT.


As you can see, we've got quite the lineup teed up for HR Tech! Be sure to stay tuned on Soundcloud, Facebook Live, or via Google Play and iTunes. And if you’re going to be onsite in Las Vegas be sure to drop by Entelo at Booth #2928 to say hello!