Four Ways Tech is Getting Creative with Recruiting 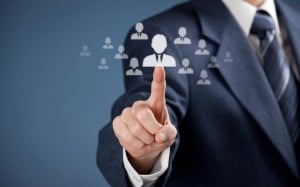 These are all words and phrases that do not describe engineers, data scientists, designers, and anyone else who works in tech. In fact, these candidates are pretty abundant, but there’s a high chance they’re probably not looking for you. Whether they’re already settled in a job they enjoy or if they’re just ignoring you along with the other 20 recruiters who sent them emails this weekend, the point is, many qualified tech candidates just aren’t biting.

Is your sourcing strategy helping you get noticed from all the other recruiters’ noise?

Go big to get bigger.

If you really want to build your organization, recruit talent from high-level competitors. Hire this kind of valuable talent to delve into the kind of work top players are working on and to understand how your technology can be improved to meet the industry standards.

In current affairs, Snapchat recently hired former Google engineering director Peter Magnusson as the company’s vice president of engineering. Magnusson joins a team that also includes topnotch performers from Amazon and Facebook. If you really want to make a name for yourself, don’t forget to also turn down a $3 billion acquisition offer while you’re at it. (Or not.)

Make mobile recruiting as quick, easy, and accurate as possible.

The thumbs up, thumbs down technique is the house that Tinder helped to build (i.e. the original Facebook), and it’s stirring up the recruiting scene for job seekers and employers on the go. The concept is not entirely new, but the trend is quickly picking up speed. The idea is simple: If you like a candidate, you give them a virtual approval — a thumbs up. If that job seeker also gives your company a thumbs up, both the candidate and recruiter are connected.

Companies like Emjoyment, Blonk, and (let’s not ignore the elephant in the room) Entelo are all working to make mobile recruiting as painless as possible. By giving candidates the access to a quick overview of your company and available opportunities through their mobile devices, they can easily decide whether or not they’re interested in joining an organization. They can cut through all the extra stuff at home and check it out on their laptop or desktop...if they still own one.

Attend or host an event to spot your next best hire. 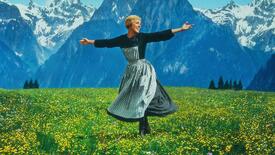 Hackathons are changing the recruiting game. Not only are they a great way for engineers to create and collaborate on products, but these events offer a prime opportunity for your team members to build their network and find well-suited, qualified candidates to fill open positions. At a hackathon, engineers and engineers in the making demonstrate their facilities under pressure, giving you insight to their working habits, style, and ability to create a solution to a problem. Fundamentally, it’s a live skills assessment.

TechCrunch puts it nicely: “For the first time next semester, more than 10,000 students are expected to participate in one of 10 mega-hackathons, in a discipline that graduated just about 16,000 students in 2012. That could mean that a majority of CS students will have participated in a hackathon before graduation in just the next few semesters.”

Translated: Scouting talent at a hackathon is like walking into an unguarded, unlocked bank vault filled with goodies. Implement gamification as part of the screening process, and we’ll meet you on Cloud Nine.

And if you can’t recruit them, try buying them. 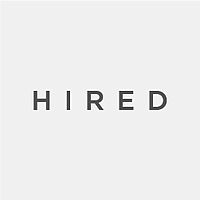 Sort of. Hailed as the industry’s “first two-sided marketplace,” Hired.com helps out both candidates and employers on the basis of bidding. The site was created to solve the issue of engineers, product managers, and designers being bombarded by job offers left and right. Job seekers create their professional profile on the site, which includes their work experience, skills, and background, and in response, companies interested in vying for a candidate will provide information on an opportunity’s benefits, salary, and location. These offers are then listed on the candidate’s profile to illustrate their demand, which we'd imagine would result in a whole lotta name-calling, shoving matches, and throwdowns not with Bobby Flay. In all seriousness, however, this recruiting style can work, as the nitty gritty details of an opportunity are laid out in a reasonably straightforward manner.

Unlike recruiting for other job markets, engineers and designers tend to have their opportunities handed to them, making your sourcing duties a little more difficult. In a market already saturated with recruiters eager to engage with such in-demand talent, apply a different approach to stand out from the competition and to attract and hire qualified candidates.