Don't Get Git? Make Github Work for You

If you’re on the hunt for software engineers (and let’s face it, who isn’t?) odds are you’ve 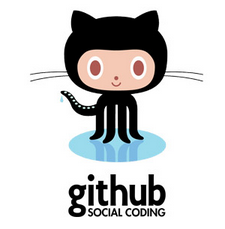 happened upon Github.  On Github, developers commit actual code and collaborate with their peers on both private and public open-source projects (called repositories). Essentially, these perennially difficult to recruit candidates are building public portfolios for themselves, jam-packed with the exact information you need to determine whether they could be a good fit with your organization. Unfortunately, as we all know, these types are rather particular about how they are approached, and lest Github become merely another channel where top talent feel inundated by mass outreach, we’re going to need to be careful about our messaging.

Yes, Github allows you to send direct messages to users. According to our own research, however, candidates overwhelmingly prefer to be contacted via email, as opposed to other social sites or by phone. As a result, a Github DM probably isn’t going to be the silver bullet you’re looking for. Still, Github offers an immense value in terms of candidate research and evaluation.

Here’s an example of what a public repository looks like on Github:

There’s a few things to note here when working Github into your evaluation process:

In addition to being able to see all this data, you can even have your engineers or clients dive directly into the public code to get a better sense of the candidate’s work. All this data along with users’ Github activity stream provides invaluable information that no other social site can mimic. With software engineers especially, Linkedin profiles are too easily stuffed, but using a Github profile concurrently with other data sources will paint a much clearer, more accurate picture of who the candidate is and what they have to offer.

As popular as Github is, there are still many amazing software engineers that aren’t using the service or don’t submit much public work. It’s dominated by younger developers, and it’s much harder to evaluate older developers using Github. The service also hasn’t penetrated the international scene that well, but with its current growth, that definitely seems to be changing.

Additionally, certain programming languages are sparse on Github. Looking for a Ruby, Python, PHP or Javascript developer? Github is perfect for that, but if you’re looking for a Java or .NET developer’s work on Github, you may find that to be far more difficult.

Despite its shortcomings as a recruiting tool, if you use Github as part of your process for assessing engineering talent, you’ll have a huge leg up on other recruiters. Github is where many of the brightest developers are most active, and the data is especially meaningful for evaluating whether or not a candidate is the right fit for your organization from a technical perspective.

Here at Entelo, we’re all about leveraging the public social web to make better decisions about people. Github is only one of those sources, but if used properly, it can be the difference between finding mediocre talent or the next superstar. 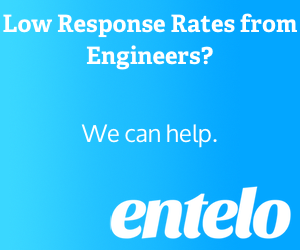