5 Ways to Restructure the Way You Interview Candidates 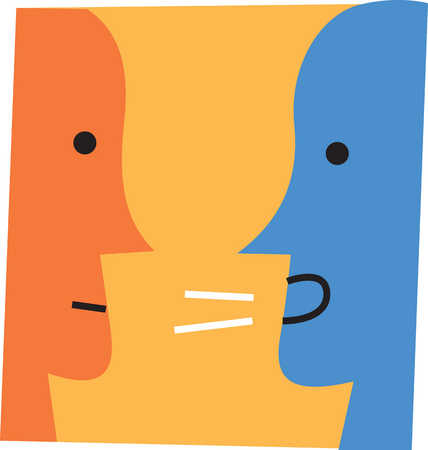 “Tell me about yourself” is a staple to most recruiters’ list of interview questions, but past that, what’s the rest of the conversation like?

If you’re noticing a more humdrum note is overwhelming how you connect with talent, it could be time to change up your interviewing technique.

Here are five ways to tweak your interview styles to communicate more accurately with candidates to get the answers you’re looking for.

It’s time for the pre-interview meeting you have with the rest of the team, and you notice you have a “group discussion” at 4 pm.

Research shows that by its “no-criticism” nature, brainstorms aren’t actually productive, nor do they foster creativity. Throw feedback and debate into the mix, however, and the imagination runs rabid, stimulated by competition, time constraints, and quicker, critical thinking. Get the cranks turning by opening up the floor for critiques of all ideas. In turn, the team will start doling out more sound, less half-baked ideas over time. Without criticism and a proposed alternative, brainstorming is friendly small talk. It’s neutral, vapid, and forgettable.

Try this instead: Rather than coming into a meeting with the intention of discussing ideas, send a list of questions, concerns, and issues to fellow team members a few days before the meeting date. That way, instead of spending 10-15 minutes dodging back and forth ideas, employees come prepared with their plans, which can then be presented in a more organized format than an open forum free-for-all.

Skip the yes and no questions.

Think like a reporter to get to the core of the candidate’s story. Their story isn’t that they seem like a good fit for your company, and you’re interested in learning more about what makes them qualified. The story consists of the answers explaining the process for getting to their level of success, how they overcame personal and professional challenges, and why they want to help your company succeed.

Ask open-ended questions that start off with “accelerator” words like, “Tell me about,” “Why did you,” or “How can you.” Hold back on taking too much of an aggressive approach with these questions, however. The goal of these questions is to understand their experiences, achievements, skills development, and work and management style.

Break up the group interview.

Whether you’re interviewing five candidates at once, or interviewing one candidate with five colleagues, this format ought to go. Here’s why. If you’ve ever watched an episode of any reality TV dating show, you know that in every single group date, one man or woman feels snubbed by the star ham. It’s a competition for attention.

In group interviews, candidates add their two cents and hope to be heard, not always contributing substantial ideas or opinions. Just rambles of sorts, which can be especially distracting when there are candidates in a group who refuse to share the mic with the rest of the cohort.

On the other hand, interviewing one candidate with a group of managers is hugely nerve-wracking. When was the last time anyone enjoyed being put on the spot? It’s an interrogation in disguise and the added pressure of four other people in the room, some who may be unconnected to the candidate’s hire, can warp a candidate’s behaviors.

Both formats can’t genuinely gauge talent’s abilities or qualifications, and they can also affront more introverted talent, who aren’t necessarily unfit for the position, but who prefer to be more reserved, pensive, selective, and can add balance to your team.

Try breaking up the interview into multiple one-on-ones with various team members, have each interviewer fill out a candidate evaluation, and then sync up with the team to learn each person’s impression of the interviewee.

Before you start nodding your head and mumbling, “Mhmm,” to show your approval, consider holding back a bit, and see what happens next.

The still and silence during an interview can prompt candidates to continue expanding on their points until the interviewer gives the verbal cue it’s time to move on to the next topic. Also, expressing approval or disapproval out loud adds unnecessary stops to the candidate’s turn to talk. Remember it’s their turn to share their story, and the conversation should be anything but balanced. Interviewers ask a question, sit back, and let the talent answer.

Some may argue the triple nod can engage others to speak more, but all candidates react differently. Vary and restrain your reactions per question to measure the conversation’s ebb and flow, and the quality of the interviewee’s answers.

Recruit the CEO or a manager to conduct an interview.

Few things say, “We’re serious about hiring you,” more than bringing in the company’s upper-level management team for half an hour of interviewing. Meeting with an organization’s head honcho gives candidates a chance to hear more about his or her vision for the company’s future, and how bringing the candidate on board can help the team reach that goal.  Also, during the interviewing stage, candidates who meet with a range of employees get an idea of who they’ll be working with, who they’ll be managed by, and who they’ll be reporting to.

What interview styles are working for your team? Share them with us in the comments or tweet us @Entelo!