The 7 Secrets of World-Class Recruiting Organizations (Part 3 of 7): Expand the Top of Your Funnel 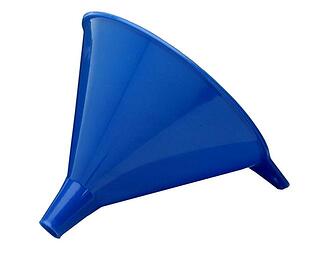 This is the third post in a seven-part series entitled "The 7 Secrets of World-Class Recruiting Organizations" covering some subtle tactics for how to use social media to recruit candidates. You can read the previous posts in the series here: Part 1 | Part 2

Secret #3: Expand the top of your funnel. There’s a conversation we hear often in recruiting, especially in small start-ups. Someone will inevitably complain about how tough it is to recruit. The question then arises as to how many people they’ve talked to or reached out to for a given position and the answer will be something like “Gosh, at least five!” Guess what, that ain’t going to cut it. :)

Recruiting is a numbers game. Let’s say that for every 10 people you reach out to, one is interested in talking (some recruiters have a much higher hit rate, others have a lower hit rate). And now let’s assume that for every 10 people you talk to, one expresses interest and formally applies to your company. And for every 5 people who apply, you end up hiring one. OK, now you know your numbers (more on metrics later). You need to reach out to 500 people to get your hire.

It’s more nuanced than this of course but you should have some sense of how many people you need at different stages of the pipeline to hit your numbers. Once you do, it’s a matter of filling the pipeline more fully. Perhaps you are getting higher “conversion” rates than the ones above but aren’t expanding the top of the funnel enough. That’s a common problem and one that can be rectified. Conversion rates are often tougher to fix.

So how do the world’s best recruiting organizations expand the top of the funnel?

First, they get very efficient at finding people. Everyone has their favorite strategies here. For some it’s heavy networking. For others it’s throwing long boolean strings into Google and seeing what comes out the other end. Whatever it is, see how you can make your process faster and more efficient.

This works better with some strategies than others. If you like to go to Meetups, that’s great, but you’ll only typically meet a handful of people at a Meetup. A better strategy might be to host the Meetup so that you can get the list of everyone who attended and reach out directly. Going to conferences? How about hosting a conference instead? Companies like 10gen and Github have done this with great success and it’s one of the reasons (among many others!) why those companies have such robust hiring pipelines.

Second, they get very efficient at qualifying people. Once you’ve made the decision to reach out to someone you’ve made a time commitment. The time to write the email and the time to respond of course but, more importantly, all the time you’ll spend if this person ends up in your pipeline. This is truly a case where an ounce of prevention is worth a pound of cure. If you do the proper diligence on a candidate upfront you can often prevent hours of wasted time down the road.

One of the reasons we built Entelo the way we did was to help with this. It’s our goal to turn a process that might take 5-10 minutes (that first pass scan of a candidate) into something that might take 30-60 seconds (on average). Multiply that by hundreds of candidates over the course of a typical month and you’ve saved significant time. Too many recruiters either don’t do their homework upfront or spend entirely too much time per candidate doing research. Both of these scenarios are sub-optimal.