Inside the Brain of the Passive Candidate: Company-Level Data Part 2 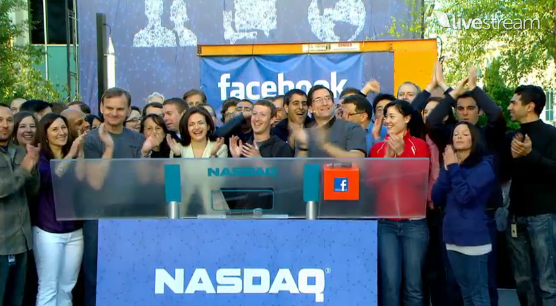 In Part 1, we examined three data points to look at in companies that could suggest that candidates may be more receptive to new opportunities including layoff announcements, high-profile departures and stock price declines. This post will cover seven other aspects to keep an eye out for.

When companies get acquired, people leave. Not everyone leaves and people typically don’t leave right away, but the news of a company getting acquired is something to pay attention to (see Yammer). There is typically a lock-up period in which people who leave prior to the lock-up will forfeit significant value, but employees nevertheless find something else right away. Many startup employees get quickly frustrated by big company bureaucracy and choose to leave money on the table instead of continuing to work in a stifling environment.

What to do: There’s a two-step approach here. First, be aware of acquisitions. You’re probably not going to have the best results emailing people right after the acquisition is announced. Other recruiters are likely contacting them and candidates haven’t really had a chance to know if they will enjoy working for the acquirer. It’s better to wait a month or two before sending a message.

In addition, you may want to set up a task to reach out to the candidate 10 months or so after the acquisition. The lock-up may expire after 12 months (many are longer, typically 24 months) but even if it doesn’t, the 1-year mark may be important financially. If candidates know that they will be leaving after 1 year, the 10-month mark (give or take a month) is typically when employees start looking for new opportunities.

Setup either Google Alerts or monitor Crunchbase activity to keep up-to-date on acquisitions.

IPOs are almost identical to acquisitions in that many people will stay through the IPO but depart shortly thereafter (e.g. high-profile Facebook departures after the IPO). IPOs tend to be less determinate because many people will leave prior to the IPO and some will stay well past, particularly if the stock does well. The event of an IPO has an emotional component as well, as there are few things that are more enjoyable than being at company headquarters on IPO day.

What to do: At the risk of sounding like a broken record here, pay attention to the business press.

Other factors to keep an eye on:

If a company announced funding a while ago but hasn’t announced anything recently, it’s possible that the company may be on the verge of shutting down. Sites like Crunchbase can be helpful in identifying this. Also look for any press that the company has gotten recently. Here's the link for tracking recent fundings on Crunchbase.

By the time a bankruptcy or shutdown is announced, the writing has typically been on the wall for a while and most employees have secured new jobs, but occasionally these announcements are actionable (e.g., Lehman Brothers filing for bankruptcy on short notice during the financial crisis of 2008).

The health of consumer Internet companies can often be ascertained, at least in part, by their web traffic. That information is publicly available on sites like Alexa, Compete and Quantcast. You can also track Facebook app data to get a better understanding of which apps may be losing traction.

Occasionally, there will be a story in the press about the negative conditions at a particular company. While sometimes this is just the feelings of a few select employees, often where there’s smoke, there’s also fire. Quora is often a great resource for learning more about companies' culture.

This is tightly tied to stock price. When a company announces that they missed their earnings for a quarter, that’s usually a sign of worse news to come.

This list may seem overwhelming. Remember that incorporating any of this data into your recruiting process will put you ahead of 99% of recruiters. While savvy recruiters look at many of the above items, most don’t, which is a huge missed opportunity.

One final point on company-level data: the above data points should not be thought of as data only for one specific company. Industries often move in lockstep. If you hear that a company is announcing layoffs, it’s possible that it’s competitors may also be announcing layoffs soon (due to macro-level factors). Factor this into your calculations as well.