Call Me, Maybe. How to Use the Phone Sparingly

Hey, I just sourced you. And this is crazy. I found your number. So interview maybe?

In the face of all these new-fangled Twitters and Facebooks, many recruiters still stand by the tried and true 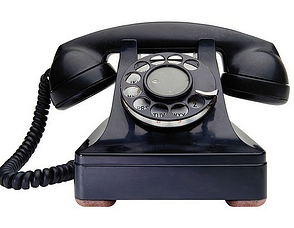 classic methods of recruitment. And they're right. In many cases, a business card and a handshake goes much futher than a follow and a retweet. But the office lifestyle and general means of rapid communication are shifting, so before you go to the phones, you'll need to put some serious thought into your timing, tone, and general method. Here are some best practices for phone-based recruiting to avoid rubbing talent the wrong way.

Many means of outreach are asynchronous in nature, meaning the candidate can choose when they're going to respond. A phone call, however, carries an heir of immediacy, so you need to be sure you're engaging at a time when it's appropriate for a candidate to sit and chat. Calling in the middle of the workday probably isn't the best idea, as candidates won't be able so speak candidly about their wants and goals, and it could be uncomfortable for them to explain to coworkers that they're fielding calls from recruiters.

A veteran recruiter recently shared with me his tactic of waiting until slightly after office hours, then going through the automated directory of an office's phone system. At this time of day, there's likely to be less people at their office, meaning the candidate can be a bit more open with you. Also, you already know they're a hard worker, as you've caught them burning the 6:30 PM oil. Cherry on top? You don't have to identify yourself to a nosy secretary, which could embarass the candidate.  Further, it can be difficult to get a hold of a personal number, so an office phone system might be your best bet.

No Alarms and No Surprises

Rather than just ambush a candidate out of the blue with an unexpected phone call, consider scheduling a call with them via another medium. This will allow you to set an agenda for the call, and explain that you want to know more about the candidate and their goals rather than just rattle off some job listings. The candidate can then pick a time that's most comfortable for them, and prepare for the call, ensuring you both get the most out of the conversation.

A phone call is a much more personal interaction than other digital arenas, so don't make your candidate feel like they are a number on a cold call list. Having a good idea of their work and how it's relevant to what your organization is working is flattering, relevant, and proves you're serious enough to do your research. If you're going to get the candidate's time, prove that you value it.

What other tips do you have for using the phone to recruit? Leave a comment or tweet @EnteloRob!