3 Ways to Distinguish an Average Engineer from a Great One 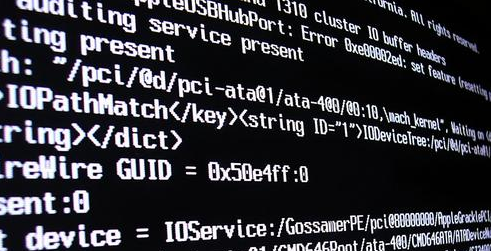 Although filling any position can be a lengthy, arduous, and frustrating process, finding a suitable engineer may be amongst the hardest tasks for a recruiter. Engineers are highly specialized, in very high demand, and genuinely good candidates can be few and far between. Dredging through the mediocrity in search of a strong, talented, reliable engineer can be a harrowing task for any recruiter, but luckily there are several red flags that give away poor candidates, as well as green lights that signify strong candidates, which any sourcer can leverage to their advantage. Areas such as personal projects, communication skills, autodidactic ability, and method of describing skills are all places a good recruiter can look to determine whether an engineer is truly talented.

Any strong engineer will have completed or be in the middle of their own personal side projects. A propensity to “geek out” and speak emphatically about a personal undertaking shows that the candidate is passionate about their profession and has lent their abilities to something besides a paycheck. Personal projects also show ambition and are a signal that the candidate is a proactive self-starter. A lack of work done solely to satisfy the engineer’s personal interests and curiosities can be a huge red flag.

While personal projects are not always made public, a programmer’s prowess can often be quantified by their activity on sites such as Github or StackOverflow. Activity on these sites not only shows what sort of work the candidate is interested in, but will display their code in such a way that it will speak for itself. Also, having any amount of followers on these sites is typically a great sign of quality work and credibility. The approval of other engineers means it is likely your candidate can produce what is referred as maintainable code.

Maintainable code is work that is easy for other engineers to follow and piggy-back on, which is essential if you are trying to build a team who will be working closely on the same project. In addition, an engineer who creates maintainable code will not cause a huge drop in productivity should they have to leave the company, as other engineers won’t have to read through pages and pages of code to decipher what they had done.

When it comes to describing programming skills, often, less is more. An engineer who can describe their work in a non-technical fashion is a great sign that they have a strong understanding of broad concepts and a commanding knowledge of their projects. 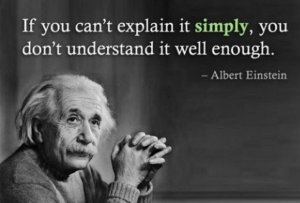 Beware of engineers who provide a never-ending laundry list of trendy skills, this practice is known as ‘keyword stuffing’ and is a definite red flag. As an example, let’s take a look at the Entelo profiles of two candidates who go about describing themselves in very different ways: 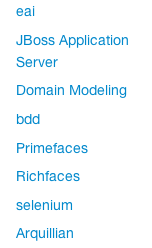 While it’s likely that this first candidate does command many of these skills, it is equally likely that they are including many of the others merely to appear in the search results of recruiters. Indeed, any engineer who had a mastery of all these skills would be able to quantify them without listing them all, and would be able to prove through examples of their own work that they are a versatile, genuine polyglot of a programmer. The second candidate takes a different approach:

This candidate provides only two skills. Earlier I mentioned the tendency of great engineers to be less specific and explain their knowledge base broadly. In this case, this engineer lists two very marketable and impressive skills, perhaps knowing others can safely assume competence in various other areas if the candidate boasts a mastery in Ruby and Ruby on Rails. When an engineer is confident in the breadth of their skills, they don't need to list pages and pages of industry-relevant keywords to quantify their abilities. Often, a description of their recent projects will give a clear and impressive view of the sort of work they are capable of. To drive the point home, this profile is that of none other than David Heinemeier Hansson, the inventor of Ruby on Rails. Although Hansson in an extreme example, it goes to show that very talented engineers can often describe their strengths and focus in a concise, brief manner.

The technical background of engineers and the very nature of their work means their communication skills are often overlooked. Although there are other boxes to check when looking for an engineer, their ability to express themselves can have implications about their technological know-how. A typo on a resume or email can often be swept under the rug, but in the case of an engineer it could be a sign of a lack of attention to detail. While a miscue on a resume is one thing, an errant character in a line of code could cause a huge problem.

Engineers must also frequently collaborate on projects and be open about which specific issues they are working on. A team member who is poor at communicating their workflow could cause some serious headaches and redundancies within the team.

Lastly, great engineers possess the ability to teach themselves new languages. Formal education often stops at a young age for engineers, but the nature of software means they must adapt to an ever-changing terrain. Depending on the position, talent will often not go stale, but especially at a young company, Engineers who can give examples of when they had to rely upon their own resources to learn new skills can prove invaluable.

Have you noticed any other red flags surrounding poor candidates, or clear green lights that signal good candidates? Explain in the comments below or send me a tweet @EnteloRob!